Well it happened. The universe converged to make it so. It started with the rockfish season being lengthened by a month. Then it was between storms where it laid down for a few days and I actually had some time I could take off work. It would be my first day off this year where I was not studying. The final element is that Trent deigned to have time as well. So Sunday afternoon, after doing all my assigned “honey do’s” the hall pass was valid. I headed to Carmel and after an uneventful road trip I arrived and we did the usual prep and big food and beer drinking. Perfect! When we went to launch at the Monterey Coast Guard jetty we noticed there was more wind than forecasted. Hmmm. The harbor was still though so we were hopeful. 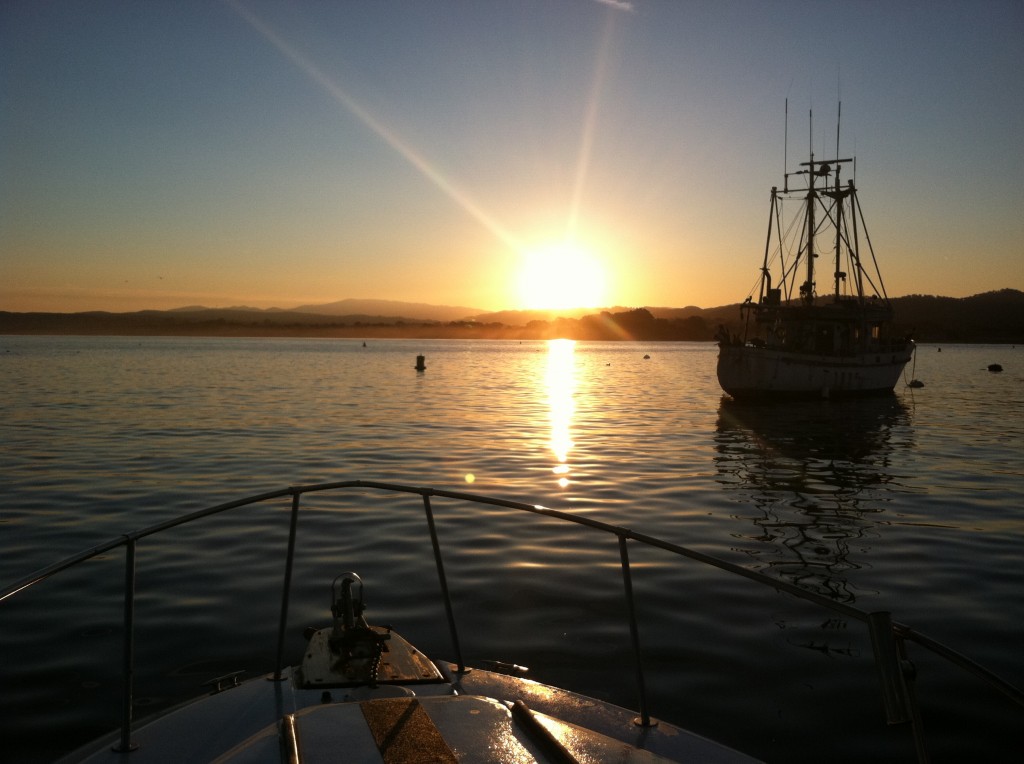 On the run around to Carmel, our normal fishing grounds, there was more swell than expected as well.

We motored around looking for a less windy spot with little luck so we hung out and had our cold Safeway breakfast Panini’s off Pebble Beach golf course. 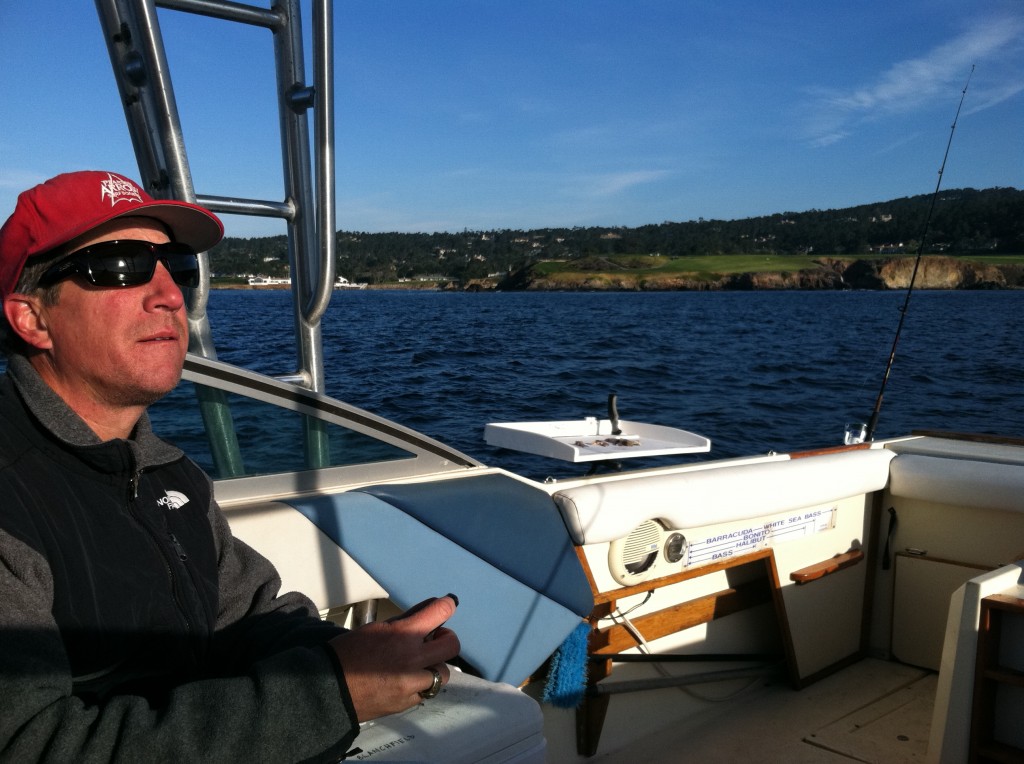 The wind did die down shortly thereafter and the fishing was on. I hooked up pretty quickly and landed my first fish on this boat. A respectable grass rockfish. Then Trent hooked up on a nice lingcod. 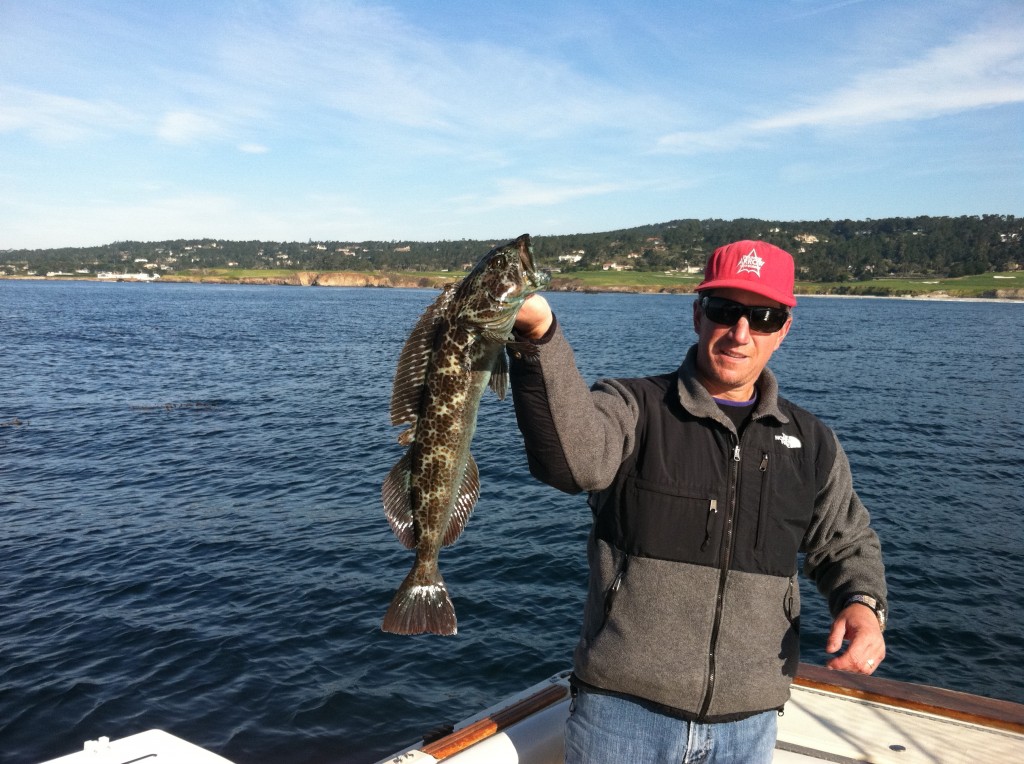 Throughout the day we ended up throwing back as many as we kept and finished the day with a ling a piece. An Olive apiece, mine going 19.5” and we kept two grass rockfish each. Weird that we caught no blues though. As we were approaching the harbor we ran into several pods of dolphins. There must have been a lot of them as everywhere we turned there was three or four breaching the surface at any time. We pulled the boat out with my van on a slimy ramp without incident as well. Which ended a great first day in the ocean with fish on the boat without any mishaps!

This entry was posted in Boat, Sea Ray, Uncategorized. Bookmark the permalink.